Would you guess that Washington has 70 Native American-origin place names? 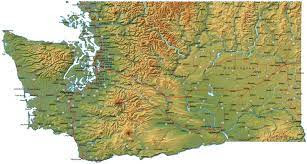 Would you ever have guessed that there are over 70 town names in Washington that come from Native American words??

Recently I enjoyed a browse through The Atlas of the North American Indian, by Carl Waldman, first published in 1985 and updated in 2009. I found the pages explaining the Northwest Indians and their culture to be so interesting.

One unexpected thing I gleaned from this book was a list of place names in Washington that are of native origins. Could you have come up with this list of 73 places?? (The list does include two names of French derivation.)

“TN” denotes a tribal-origin name. Places were tribal names, chief’s names, or of Indian derivation. For some names, the tribe was designated and for others it was not. Sometimes the meaning was given and sometimes not.

Kalotus – TN “hole in the ground”

Moclips – Quinault “place where girls were sent during puberty rites”

Spokane – TN “people of the sun”

Tulalip – TN “by with small mouth”