Dolly Webb is the current EWGS president and has great plans for 2021. Check out our website (www.EWGSI.org) and come do genealogy education and research along with us. EWGS exists not to perpetuate the organization but to HELP YOU with your family history and we have since 1935.

These are some of the EWGS past presidents (L to R):  Bill Hire, Pat Bayonne-Johnson, Jeanne Coe, Donna Potter Phillips, John Zeimantz and Susan Beamer.
Do plan to join us on January 9, 2021 (via ZOOM..... instructions for using ZOOM are on our EWGS website) for a wonderful introduction to 2021. 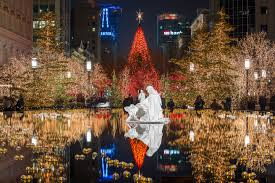 A Christmas light display anywhere is wonderful but this display on Temple Square is special. A white Nativity is spotlighted in the middle of a 12-inch deep reflecting pool in which lighted "bubbles" float. The decorated trees around the pool enhance the scene. Good reason to go to the Family History Library in Sal Lake City in December?????
Posted by Donna at 8:30 AM No comments: 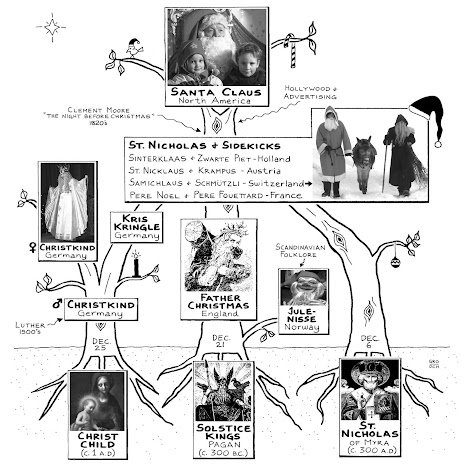 Spotted this at a craft show....... it's a Nativity Set made from/with plain old river rocks and wire. (And they wanted $75 for it.)
Think of the possibilities! Paint the rocks? Glue the rocks? Just going out to gather the rocks would be a family-fun-Christmas thing to do.
Do go make Christmas memories with your family.
Posted by Donna at 8:30 AM No comments:

Want another sweater from your kids for Christmas? Or this!! 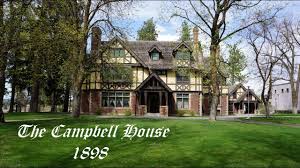 Living in Spokane, I'd bet you have been to a house museum. Our own Campbell House. Wasn't it wonderful and didn't you feel the history?

The definition of a house museum is simple: it is a museum OF a house IN that house. Massachusetts leads the way with more house museums than any other state. Listening to a webinar from the Massachusetts Historical Society, house museums are layers and layers of history in one place, a place to see different people through the different lenses of time.

Want to taste and see and touch and feel a bit of history from a certain period in a certain place? Visit a house museum. 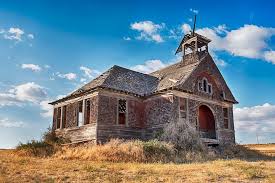 Most of the ghost towns in eastern Washington have long since completely disappeared but, for a few, a building or two still stands. This old school house was in the town of Govan, in Lincoln County, and is oft photographed today.

Ever heard of the town of Mock? Rodna? Chesaw? Molson? Peach? Mold? Of Govan?

Thing is, people settled these towns for a reason. They lived and died there. There is a Pinterest page for Washington Ghost Towns and it states: "Many Washington towns began with a boom and ended with a crash due to radical shifts of economy, access or natural disaster."

YOUR ancestors and MINE lived in this long-ago towns...... what do you know about them?

Why did people in those old photo look so sour? 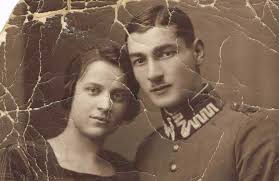 Why did our ancestors look so sour and sad in those old black and white photos? Even on a happy occasion, they were seldom shown smiling. How come? The "Ask Marilyn" in Sunday's Parade magazine furnished one answer:  Perhaps it was because it was harder to hold a smile for the long exposure needed. Perhaps they didn't want to reveal their bad teeth (especially in older folks). But most likely, Marilyn states, for the average person in those long-ago days, having their photo taken professionally might only happen once in their lives and a more formal picture reflected the "gravitas" of the occasion.
And have you notice that little children often are seen as a blur? That's because they wiggled. 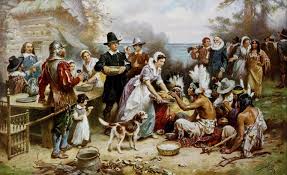 Think you'd want to share Thanksgiving dinner with the Pilgrims in 1627? Very likely not because the menu was not what the artists have shown us all these years.

"As the day of the harvest festival approached, four men were sent out to shoot waterfowl, returning with enough to supply the company for a week. Massasoit was invited to attend and shortly arrived..... with ninety ravenous braves! The strain on the larder was somewhat eased when some of these went out and bagged five deer. For three days, the Pilgrims and their guests gorged themselves on venison, roast duck, roast goose, clams and other shellfish, succulent eels, white bread, corn bread, leeks and watercress and other "sallet herbes" with wild plums and dried berries as dessert. All washed down with wine, made of the wild grape, both white and red, which the first Pilgrims praised as 'very sweet and strong.'"

There was no mention of "turkies, whose speed of foot in the woods constantly amazed the Pilgrims." There were cranberries by the bushel in neighboring bogs but the Pilgrims had not yet contrived a happy use for them. "Nor was the table graced with a later and more felicitious invention, pumpkin pie."

Q: If you choose to celebrate a "real" Thanksgiving, will you include "succulent eels" on your menu???