Wikis: Did you realize you can learn from two Wikis?? 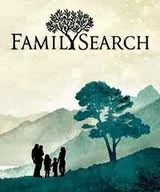 Did you realize that there are TWO "online genealogical encyclopedias?" Called WIKIs, there is one at www.familysearch.org and one found on www.ancestry.com .  So what are Wikis? They are websites where information and answers to most all your genealogy questions are posted and not just posted but also maintained and corrected and updated by experts and users. Think of them as online tutorials. They do not just teach about and explain Ancestry or FamilySearch.

I suggest that this holiday week you sneak some time for yourself and go Wiki exploring. It will be fun and you will be most thankful for the learning opportunities.

I picked up a 2004 issue of Nostalgia magazine and the blurb right on the cover caught my eye:  "A Whale Visits Spokane."  Wwhhaaaatt?

Author Peggy Cunningham (a past EWGS member) wrote how in the summer of 1930 her Dad loaded up the family and off they went to Spokane to see the whale. Let Peggy tell the story:  "As I remember it was a warm day and Dad let us off by the railroad station. Mom paid for us, maybe ten cents each. Following the "SEE THE WHALE" signs, we soon were caught up with the rest of the crowd. When the pace of the crowd began to increase, we followed and soon smelled the reason for their hurry. We could see the (railroad) flatcar completely covered with the huge smelly carcass! With hankies to our noses we hurriedly looked and then made a hasty retreat to meet Dad."

Peggy explains the beginning of this "whale tour."  "The whale tale started in Massachusetts in 1930 when two friends happened to find a dead whale washing ashore on a local beach. Seeing an opportunity to make some money, they rented a railroad flatcar, pumped the monster full of formaldehyde, hoisted it onto the flatcar, and went from town to town charging admission to see the whale. They made sure that local papers in the towns along the route where they were planning to stop received an enhanced story....... their bonanza ran out when an unendurable odor began to rise from the corpse. (They soon) made a decision to call it quits, rolled the whale off the flatcar onto a vacant lot near the railroad tracks and buried it under a scant three feet of earth."

This same photo appeared in the Nostalgia article but was taken about 1913 in Florida. Guess there were more than one "whale on tour."

In 1930 my husband's father was living in Spokane. Wonder if the family also went to see the whale?? Did somebody in your family?
Posted by Donna at 12:58 PM No comments: 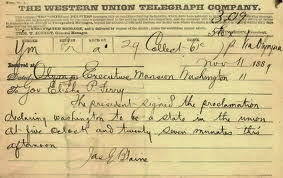 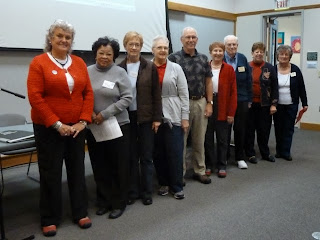 Also at the Saturday, November 2nd, meeting, the EWGS Board for 2014 was member-vote approved.

We, your Board, thank you for your support. Together we made EWGS great!
Posted by Donna at 9:06 AM No comments: 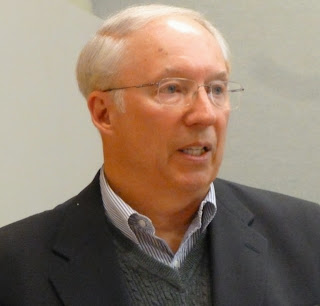 The Saturday, November 2nd, EWGS meeting was a winner. John Richards, one of the great-grandsons of Patrick "Patsy" Clark, told the story of his locally-famous ancestor and of the Patsy Clark Mansion.

Patrick J. Clark was born in 1851 in Ireland and died in June 1915 in Spokane. He was a warm-hearted but strong-minded man who was at the right time and right place in the mining arena of the 19th century west. He made a fortune and when he asked Kirtland J. Cutter to design his family home in 1896, Cutter was told to spare no expense and went to Europe to gather building materials and furnishings. In today's money, the mansion cost $1,000,000.

"Patsy" Clark was a generous benefactor to Our Lady of Lourdes Cathedral in downtown Spokane. Much of the rich interior was made possible with gifts from Clark. In 1908 he gave $15,000 for the beautiful main altar in the church.

EWGS members in attendance were enthralled with John's recounting of his ancestor and we thank him for sharing his family and his time with us.
Posted by Donna at 9:02 AM No comments:

What You Missed November 2, 2013 EWGS meeting

Today started out rainy, and so you probably did not see all the progress Avista is making on Huntington Park across the street from the Library, so here is a couple of pictures of the park. 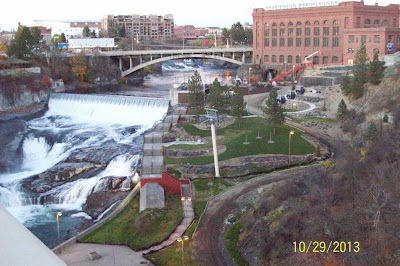 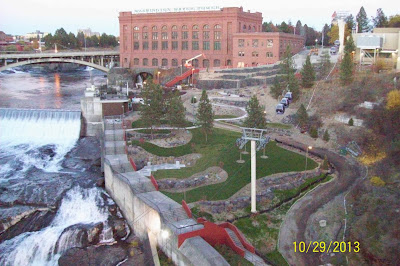 The EWGS board meeting started soon after 10 a.m. and I passed some old photo's I took in 1997 of EWGS setting up our booth at the conference at Fife, Washington in 1997 and a photo of Cyndi Howells of Cyndi's List who had a booth near us. She had just finished her talk on Genealogy Research in your Pajamas and Bunnie Slippers. So why was this interesting, EWGS has asked Cyndi Ingles (her maiden name) to be our October 2015 speaker, and the board had to approve this which we did with very little discussion. Note to EWGS members the board meetings are open to any EWGS member.
At lunch in the food court at River Park Square was a concert on the main floor, but a nice serenade while I ate lunch. 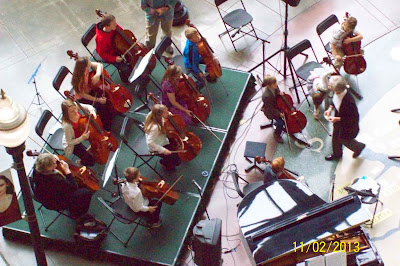 After lunch we were shown the new slate of EWGS officers for 2014. 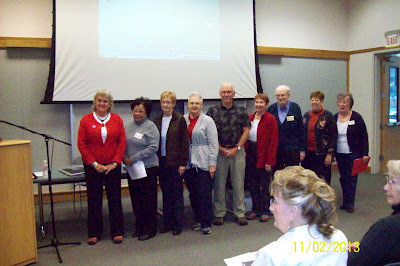 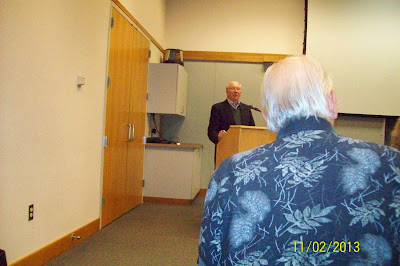 Then the program by John Richards a great grandson of Patrick F. "Patsy" and Mary (Stack) Clark. Very interesting story on Patsy from his birth in Ireland during the potato famine to his ending up in Spokane a very rich mine owner and builder of the Patsy Clark Mansion.
Posted by Charles at 8:17 PM No comments: