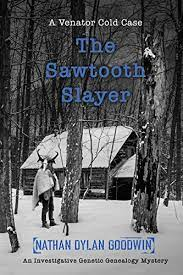 It is now officially 2023 and why not treat yourself to a new book for the New Year???

One might guess that with eighteen books to his credit that Nathan Dylan Goodwin was running out of ideas. But nope. Book number nineteen, The Sawtooth Slayer, adds another star on his story flag.

The Sawtooth Slayer is set in April 2020 in Twin Falls, Idaho, where a serial killer is on the loose. A nameless man is kidnapping young women from their own homes, taking them out of the city to kill them before returning their bodies to random locations around the city. The local officers in charge in frustration turn to Venator—an investigative genetic genealogical company---in hopes that they can identify the killer from his left-behind DNA before he kills another young woman.

This book is definitely not another typical murder mystery. The Sawtooth Slayer is different in that DNA is featured prominently in the solving of the murders.

Will the Venator team solve this string of gruesome murders? You betchya….with the help from DNA.

The old phrase comes to mind: “Try it, you’ll like it.”  And I believe you will. You can order it from Amazon in Kindle format, hardcover and paperback ($13.99).

I knew that my maternal grandmother, Clara Ann Joseph, was born on 14 Nov 1894 in the Mississippi River town of Ivy Landing, Illinois. By 1900, the Joseph family was living several miles inland which gives a big clue as to way I could never find Ivy Landing on any map. It must have surely washed away! In those early days, men’s attempts to control the Mighty Mississippi were puny at best. It was well into the 1890s that the Corps of Engineers began building dams to (hopefully) better control the river. 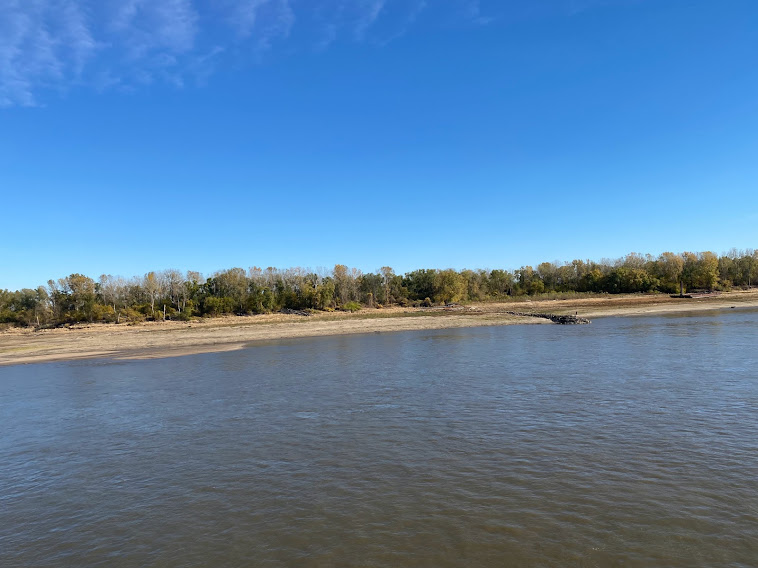 In late October 2022 I tool a cruise down the entire length of the Mississippi River. I was very surprised to see miles and miles and miles of river bank looking much like the picture above. Was this where Ivy Landing was? I’ll never know for sure but I’ll bet it was a tiny town back in the trees along a stretch of river bank just like this.

Now for my big announcement:  On this recent cruise, I kept my eyes and ears open to learn everything I could about the Mississippi River and the history of states along the river, the Heartland of America. Polling several genealogy friends, and getting their thumbs up, for the foreseeable future I will be sharing much of what I learned about America’s history. One highlight was that I got to visit Graceland and see Elvis!! Stay tuned................... Come learn some U.S. history with me!

Last October, a group of EWGS members made their way to Cheney to visit and have a tour of our Eastern Washington Branch of the Washington State Archives. This facility on the EWU campus is also the home to the entire Washington State Digital Archives.  We were there to meet with Lee Pierce for a tour of the "downstairs," the "paper" archives.” The photo below shows most of the group there that day. 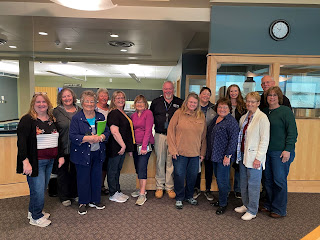 Lee took us back into the area where these paper records are shelved. It was cold in there and lucky were the ones who thought to bring a sweater.  “Cold and dry  storage is what preserves records,” Lee quipped.  Here he shows us a great example of what can be found at the Cheney Archives (the nickname).  He’s holding a handwritten ledger listing the inmates of the Spokane city jail in the early 1900s. The record gives so much information! Name, age, where living, crime, etc.  (I looked for your surname but, lucky for you, didn’t find it. :-)

If you have ancestors in the Eastern Washington area, there is most likely information on that ancestor at the Cheney Archives.  Yes, we’ve all happily used the online Washington Digital Archives, but as the ledger Lee is holding proves, not nearly everything in their holdings has been digitized. 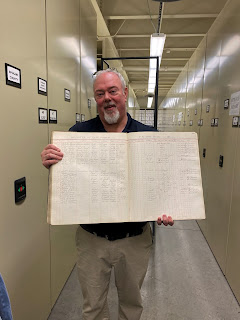 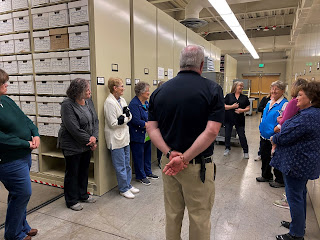 Please remember that you don’t  do research in an archives by the name of the ancestor. You look for a group record where he might be listed. These sources include: birth, marriage, divorce, death, census records, frontier Justice, land Records, map records, plat books…. You get the idea. You don’t just walk into an archives. First you make an appointment. When you arrive you put your belongings in a locker and take with you only paper and pencil. Laptops or tablet are okay.

We were very grateful to Lee Pierce for taking time to educate our EWGS group. As we left, he encouraged us to look at the enlarged document hanging just outside the archives’ entrance. It is the death certificate for Chief Garry.

Wilson Creek, Washington,.......Ever Been There?

Twice a year, Nancy Curry drives from her home in Cheney down to Wilson Creek, Washington, to put flowers on her parents’ graves. It’s a beautiful drive through flat Palouse wheat country. She explained that the little towns were purposely built every twenty miles or so along the railroad for hauling both people and produce. I was delighted to be included in her October 2022 jaunt. 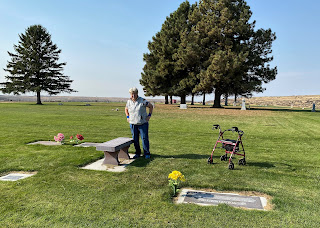 We drove south from Davenport, through Harrington, roughly paralleling Crab Creek, past Krupp-Marlin (originally was Krupp but that was too German sounding during World War II so it was renamed Marlin). We slowed through Odessa (remembering the October German Fests we’d attended there in the past), and on to Wilson Creek and nearby Stratford.

Nancy recalled fond memories: at about age 7, and with her brother and cousins, walking the 3.6 miles one way from the farm to the little store in Wilson Creek, with a dime tightly clutched, to buy a popscicle. The dime was earned by digging dandelions: 100 for 10 cents. Her parents had grown up together in nearby Stratford (big old 1902 brick school house) and had retired in Wilson Creek. The house where they lived was built in 1909 and once was white with green trim but still has the green metal roof over now a blue-with-white-trim façade. Nearby lived Nancy’s grandparents. Memories of her visits there are still vivid in her mind.

Her father grew up in Stratford and told her how he played, fished and sailed boats on Stratford Lake. (The family had an apple orchard and her father told how he carved his and her mother’s initials in all of the trees.) Other cousins walked down from the top of the coulee down into the Crab Creek drainage to where Stratford was to attend school. A 2-3 mile walk one way to school, outdoors in all weather, never fazed students in those days.

The Wilson Creek cemetery rests on a bluff above town and appears well mowed and cared for. A recent fire had blacked the area around the cemetery but was mercifully stopped at the perimeter. A few scattered pines frosted the grass with needles; Nancy wished she had brought a whisk to clean off her family’s grave sites but happily used her hands. She brought and placed stems of yellow-and-orange fake flowers to replace the pink ones from last spring. She pointed out that her plot is next to her mother for when her turn comes.

Just a mile down the road from Stratford, and in the middle of a corn field, is a square plot of cemetery where two of Nancy’s uncles (who died as babies) rest. She always remembers them too. The cemetery is just plain dirt, not a green blade of anything growing. Nancy thinks the ground was poisoned for some reason. We agreed; it was a sad, sad sight.

Happy to leave that sad cemetery, we drown past Ephrata to Lakeview and Soap Lake (so close together as to seem one town). We lunched with her cousin, Sharon, at the Lakeview Golf Course café where the Chicken Taquitos were delicious. Was fun listening to them swap and share memories.

Thank you, Nancy, for sharing your family trip with me.

Sears Catalogs From Days Of Yore: 1897 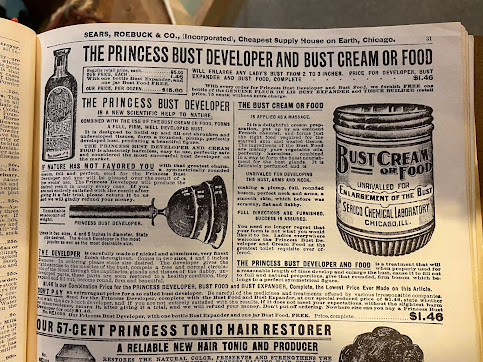 Bust cream or food for only $1.46? " unrivaled for developing the bust, arms and neck, making a plump, full, founded bosom, perfect neck and arms, a smooth skin which before was scrawny, flat and flabby." 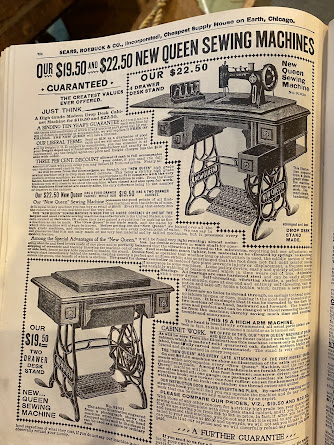 You could have your very own sewing machine for only $22.50! Note that it was a foot-powered model but it did come with a 10-year guarantee! 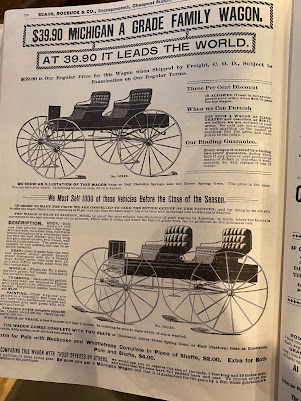 Only $39.90 for a Michigan A Grade Family Wagon.... "we must sell 1000 of these vehicles before the close of the season." And a 3% discount was offered if you pay in full with your order. Horses not included. 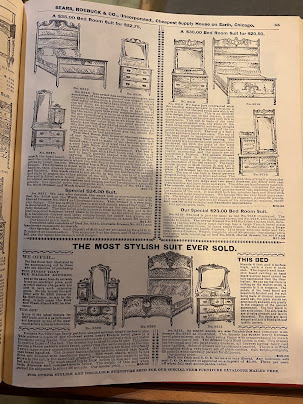 "The Most Stylish Suit Ever Sold!" The dresser has a fancy pattern shaped mirror, 30x36 inches in size. All drawers are fitted with fancy brass handles. The bed stands
6-feet high and 4'6" wide (full size today width is same), and is made from the choicest quarter-sawed oak. The footboard is one solid piece......  all three of these pieces, plus a washstand (not pictured) would set you back $59.00. Imagine!
Posted by Donna at 8:30 AM No comments: 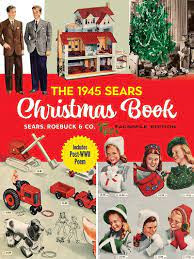 How many of us remember drooling over the pages of the Sears catalog Christmas Wish book? I do!
The first Sears Christmas Book debuted in 1933 and came in the mail for 60 years, until 1993 (when Sears went totally out of the catalog business).
Through the decades, the items offered varied. In 1937, tractor sets and Shirley Temple dolls were offered. By 1949, Western TV shows and movies exploded and the book offered a wide variety of Roy Rogers inspired gifts and even school supplies. As America entered the space race in 1968, children everywhere dreamed of becoming an astronaut. Marking America's Bicentennial in 1975, nostalgic theme toys appeared: fife and drum sets, Colonial dolls and models of the USS Constitution.  Transformers exploded on the scene in 1984.
What likely did your grandparents or parents or YOU order from the Sears Christmas Wish Book???
Posted by Donna at 8:30 AM No comments:

Want A Picture Of The Ship Your Ancestor Came On?

Then www.shipindex.org is the website for you to find that image!!  I know the copied image above is fuzzy but the first paragraph says it all:

"ShipIndex.org simplifies vessel research. Whether you're a genealogist, a maritime historian, a researcher, or just curious, we can help you learn more about the ships that interest you. We tell you which maritime resources, such as books, journals, magazines, newspapers, CD-ROMS, websites and online databases mention the ships that interest you. We enhance these references by noting which ones include illustrations or crew and passenger lists and where you can find or purchase the resource."

From the Mayflower to the Titanic to the Queen Mary this website will delight you and enhance your family history stories, I guarantee.