There IS a Book With My Family In It!! 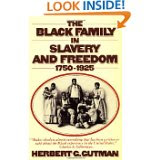 Awhile back I gave a presentation to EWGS with the title, "Is There A Book With My Family In It??" Patricia Bayonne-Johnson replied:

"Yes, there is a book with my family's name in it! I thought about your presentation on that topic as I was reading The Black Family in Slavery and Freedom, 1750-1925 by Herbert G. Gutman. A tip in a cousin's email stated that there were excerpts about our family in Gutman's book. I purchased a used copy in Berkeley in 2002 but didn't know then that my family was included. Reading the book now, and remembering your presentation, I browsed the table of contents and the index for the book and VIOLA! there they were. In this book I found the names of my second and third great-grandparents and their children living on Wakefield Plantation in West Feliciana Parish, Louisiana, owned by Lewis Stirling. The account also had the year of their births and a few death dates. On the birth register I found the day, month and year of the birth of my great-grandmother! So yes, there was a book with my family's name in it and I'm sure glad there was."

Thanks, Pat, for sharing.
Posted by Donna at 1:48 PM No comments: 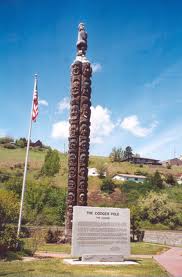 Last weekend, going to grandson's wedding in Pullman, I drove through Colfax and once again passed the famous Codger Pole without giving it barely a glance. Have you done this? Did we realize that this is a 65-foot tall chainsaw sculpture and commemorates a 1988 high school football rematch, played by the same participants 50 years after the first game???  The original 1938 contest was between Colfax and St.John and the heads of all the golden-aged players are carved into the pole's cedar logs. Carver Jonathan LaBenne says that the pole may be the world's largest chainsaw sculpture of human likenesses and possibly the world's largest carved football monument. Now we'll look and admire.

Ever heard of the book publishing company Images of America? Their books are always $21.99 and in the same page count and format and they are compiled by folks living "there" who are interested in that place or that topic. There are 156 titles for Washington, 3 for Spokane and even one for Pullman. And (hooray!) there is one for where I was born, Kalamazoo, Michigan. Google "images of america" and check for a book on your hometown or state. 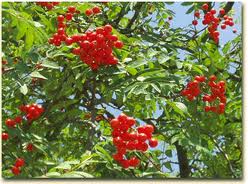 We all know what Mountain Ash trees are.... and perhaps have one in our yard. According to the Friends of Manito newsletter the Mountain Ash is a common tree all around Spokane. But bet we didn't know that the two largest examples of this tree, for the entire state of Washington, are now in Spokane. The #1 spot is held by the Manito Park tree on Manito Place (adjacent to the roadway about 1/2 block west of Grand Blvd). The #2 tree is located in Cannon Hill Park (north border of the pond). No wonder we have so many robins in Spokane!

Here's a link to a historical series written by Steve Willis for the Washington State Library. As you can see he covers quite a bit of the territory you are interested in. Please feel free to share: http://blogs.sos.wa.gov/library/index.php/category/random-news/
Posted by Charles at 10:31 AM No comments:

I was browsing through James N. Arnold's Narragansett Historical Register, A Magazine, Vol. 2, 1883-1884, when page 315 caught my eye. Someone contributed to the magazine a history of the johnny cake. I checked Google Images for a picture and my, my, my but there are lots of ways to fix johnny cakes. 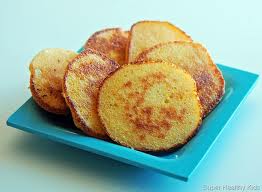 (This was a reply to a previous question, posting or editorial comment.)  "JOHNNY CAKE---  Brother Gardiner of the Telephone has copied the note in our last number into his paper and added remarks which we are grateful for. He says in brief that Shawnee Cake would have been as good a name, to which we perfectly agree. He then says Journey Cake is a true name and cites facts. We have always understood this last name to be the correct one, and that "Johnny" was a latter rendering. The fact is clear that Journey Cake was made and eaten in Rhode Island long before the Revolution, and we think they were invariably called Journey Cake................"

Is this saying that Johnny Cake originated as Journey Cake in Rhode Island?  I would have guessed it was of Southern origin. ..... so I checked Wikipedia:
Johnnycake (also jonnycake, johnny cake, journey cake, shawnee cake and johnny bread) is a cornmeal flatbread that was an early American staple food and is prepared on the Atlantic coast from Newfoundland to Jamaica.[1] The food probably originates from the native inhabitants of North America. It is still eaten in the West Indies, Dominican Republic, Bahamas, Colombia, and Bermuda[2] as well as in the United States. In the Southern United States, the same food is referred to as hoecake.   The earliest attestation of the term "johnny cake" is from 1739 (in South Carolina); the spelling "journey cake" is only attested from 1775 (on the Gulf coast), but may be the earlier form.[4][5] The word is likely based on the word "Jonakin," recorded in New England in 1765, itself derived from the word "jannock," recorded in Northern England in the sixteenth century.[6] According to Edward Ellis Morris, the term was the name given "by the [American] negroes to a cake made of Indian corn (maize)."[7]

Anybody have any family stories of johnny cakes by any name???? Did you find this of interest?
Posted by Donna at 11:24 AM 3 comments:

Aren't we glad for air conditioning?

Air conditioning is the removal of heat from indoor air for thermal comfort.  So says Wikipedia. Aren't you glad you were not born in pioneer times......... or even any era prior to mechanical air conditioning? Our modern units are indeed, modern, dating only back 100 years or so. 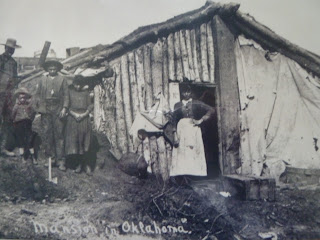 You probably cannot read the writing on this historic photo but it says: Mansion in Oklahoma. Just imagine the Oklahoma prairie in August............ in a windowless abode........... wearing this heavy long dress........ trying to keep your family alive and not having time to worry about how how you were........... and wearing a white (or it was white) apron! Wonder if that was just for the photo? I'm sure these settlers were living what they considered the free and good life but we, from a 21st century prospect, see only BEING TOO HOT.

Do any of you have letters or diaries or accounts of how our ancestor families coped with the heat? Of course they knew no different, but still. I had no homesteading ancestors so I have no accounts; if you do, would you share??

Aren't you glad you were not born in pioneer times??? Thanks to Charles Hansen for finding and sharing a bit in The Spokesman-Chronicle for January 2, 1899 (page 6): WASHINGTON'S FRUIT TREES. Spokane is the fourth county in importance in the state according to the "orchard census" just announced by Jesse E. Baker, the state horticulturist. Spokane County boasts 130,050 fruit trees.  Walla Walla leads with 253,330 trees,  but of the 34 counties in the state, only three can beat Spokane. Mr. Baker also reported that there were 2,414,626 fruit trees in the state.

Charles explained to me that it was likely that many of the trees were planted under the conditions of a land grant..... land was granted upon condition of planting so many trees and (Charles said) it did not matter what kind of trees but only ones which would grow in that environment.

According to Wikipedia, some German families settled in the Green Bluff area in 1899; a school district had been established in 1891, the first Methodist church and the first Grange in 1909. Today we think of Green Bluff in terms of orchards...... cherry, peach, pear, apple, and strawberries. I wonder if some of those fruit trees were planted under a land grant opportunity??

Anybody have a story about ancestors settling at Green Bluff and fruit trees? Would love to hear it!
Posted by Donna at 10:12 AM No comments: