Why Care About Historical Societies?? 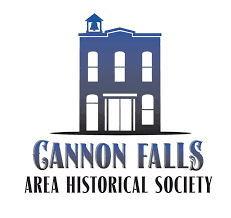 Why Care About Historical Societies?

Why keep historical materials? Why, indeed, keep all this “old stuff?”  How did this idea begin?

“Historical societies preserve the cultures of the early United States,” Henle stated, “by preserving the papers and artifacts that were in their everyday use.” Where else can you go to see (and perhaps touch) kitchen tools from 1889 or 1920?

How did the idea of historical societies begin? Before 1791, when the Massachusetts Historical Society began (as The Historical Society), there was no National Archives, no Library of Congress, no big history collections. There were collections in private hands but often these were sold and scattered when the family died out. Harvard University was the first to attempt to collect the scattered materials of our country’s history which were widely scattered, some even in Europe.  The New York Genealogical & Biographical Society was formed in 1804 and the New England Historic Genealogical Society in 1845. Many historical societies came from states, counties or towns wishing to mark their centennials. The Massachusetts Historical Society had as its original mission to collect materials pertaining to the whole of U.S. history but never had the money to ensure that mission’s survival. “It was only due to the dedicated officers and volunteers of these organizations that kept them alive,” said Henle.

Alea Henle showed a slide of a guest register from 1850 for the Connecticut Historical Society and remarked that in that year the Society had over 100 visitors! There were some folks who did value and seek out their history.

Today, historical societies are spread across the nation. As folks moved from east to west they took this idea with them. Initially they collected selectively and only what “they” (usually males of white European ancestry) felt was important. Native American and minority histories were not of much interest to the majority. Thankfully, that notion has long since disappeared for the most part.

Today, and I’m thinking of my own state of Washington where I have road-traveled the most, nearly every little town proudly has its historical society. And what’s in these places? Artifacts collected or donated from the people who lived there through time! If your ancestor lived in Okanogan County, surely the Okanogan Historical Society would have some item they used during their life time or something quite like it.

Historical societies are places housing the cultural history of America. The items in these places aren’t just “artifacts,” but are their things, their everyday things, the things they used.

I must say that I have enjoyed with wide eyes and open mind each and every historical society I have visited.