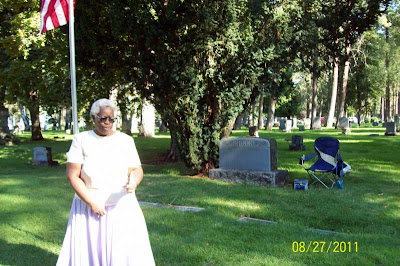 About half way between the Brook's headstones and our next actor was the tombstone of Samuel Pool Weaver, the first President of Eastern Washington Genealogical Society. He served for two years and never attended a single EWGS meeting.
The next actor was Pat Meilbrecht as The Chaffee Family. 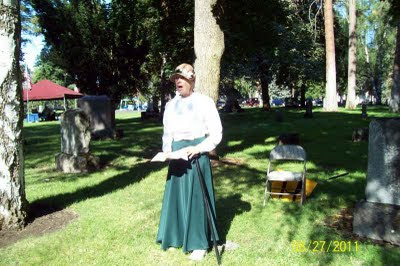 The next actor was Clair Brazington as Richard Mills a Minnesota soldier who's unit fought the Dakota Sioux in 1862 before heading for the Civil War. 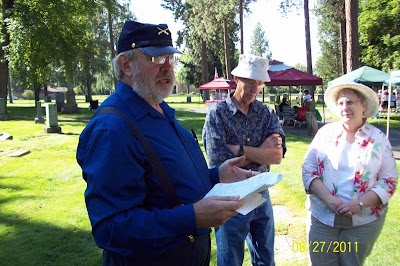 I am really sorry I did not get a picture of John Wilson as Andrew Hallender.

This actor is Michael Chandler as Simon McLean. He was very lucky as the day he went to the cemetery to look at the grave a car with British Columbia license drove up looking for the grave of Simon McLean, turned out to be a grandson of Simon's brother, and he sent a lot of pictures and family information on the McLean family to Michael. 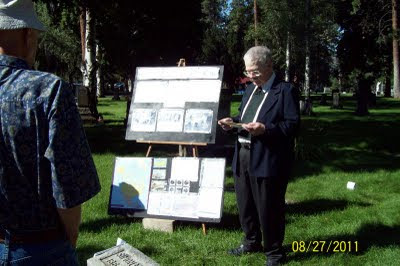 The last actor in the Blue Tour was Pat Ewers as Amanda W. Nichols. Sorry I missed this event! Will there be one scheduled for 2012?