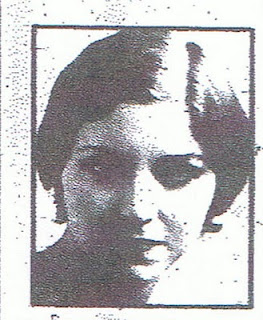 Mabel Enid Rice was born in Spokane March 14, 1908 to Ernest and Martha (Pursche) Rice. She graduated from North Central High School. She worked as a fashion model and was one of the first women passengers in a biplane that took off from Felts Field. She was skilled in knitting, hat making, lamp shade making, crocheting, dress designing and interior decorating.

Apparently she did not like her given name Mabel so she used her middle name Enid. Enid was EWGS President in 1965 when dues were $3 for an individual or $5 for couples. Enid was a member of Spokane Garry Chapter of the DAR, the Mayflower Society, the San Antonio Company of the Jamestown Society and the Huguenot Society. She died April 23, 2001 after being mishandled by a local nursing home. Enid's official cause of death was pneumonia but it was caused by repeated trauma to her body. Her husband sued the nursing home and received a $4.8 million verdict against them. 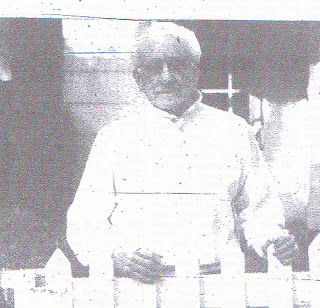 In 1933 Enid married Edwone Wafford Conrad, son of Edwone and Rosiana (Unobt) Conrad. I checked the Spokane Chronicle online at Google News for Edwone and came up blank, but when I checked for Wafford Conrad I got hundreds of hits. He was the mining editor for the Spokane Chronicle and as such wrote hundreds of articles on mining in the Coeur d'Alene area. He is still listed in our current phone book, so as far as I can tell is the oldest living spouse of an EWGS President.

E. Wafford Conrad just passed away at age 102 and his service was  November 19, 2012 at Heritage Funeral Home and he was buried in Greenwood Memorial Terrace Cemetery