Ever heard of, or maybe used, this website, a "free online encyclopedia of Washington state history?" Below is a snip from that website following a search for "new years day." Sorry it's Seattle but the quotes from the paper for that day are delightful to read.
Go take a looksee for an article/topic of interest to you...... as it pertains to the Evergreen State's history. 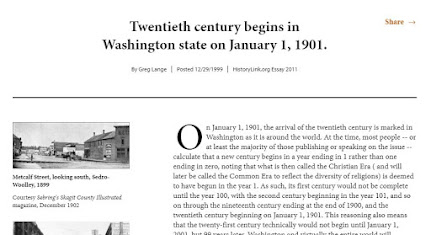