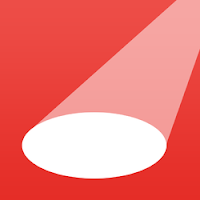 Daniel Courchaine an early Valley pioneer purchased the land for the cemetary in 1878, from Coeur d’Alene Chief Andrew Seltice.  Daniel was a farmer, but he raised and sold cattle as a business.

Burials officially began in 1881 with some headstones/graves as far back at 1819.  Unmarked graves were most likely there before 1881.

Daniel Courchaine is buried in Saltese Cemetery; he was kicked in head by a horse and died.  His home was built in the Saltse Flats with lumber from the nearest mill—Walla Walla, Washington.

Saltese Cemetary is a pioneer cemetary run by The Saltese Cemetary Association.  The families who are buried here were pioneers who participated in territorial expansion from the 18th through 20th centuries.  Available plots can only be sold to Valley residents so the burial sites can be taken care of by their families.

Interment.net, a source for cemetary records online, has a November 18, 2017, article, “Saltese Cemetary – Burial Records, Spokane, Spokane County, Washington, stating that the Eagle Scouts and the Ridgecrest Ward of LDS worked together to transcribe headstones and recorded them in a list that is attached.  Also, in Google, there is a list by Maggie Roll first transcribed in February 2000 and later updated in May 2017.  You can also find a list of graves in Find A Grave by searching Saltese Cemetary.  If you click on the blue link showing 550 added, an alphabetical list of all the graves is provided.