Kudos especially to Barbara, Mary, Patricia and Dolly for doing such a great job on the project Paul Turner: Who Do You Think You Are?  They four took turns presenting information on one of Paul's grandparent's lines and all but Mary had wonderful tales to tell. Her part was the Turner line and even with all four of them working on this, Paul's Turner ancestry remains a mystery. Paul's interest was really piqued with Dolly's sharing that his ancestors were involved with Ethan Allen and the Green Mountain Boys. Barb noted that his ancestors had rubbed elbows with Abraham Lincoln. 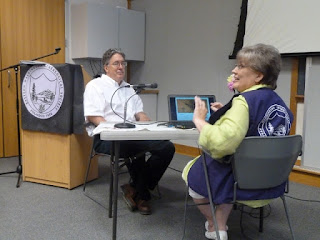 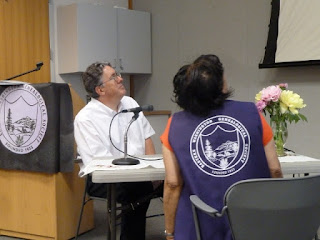 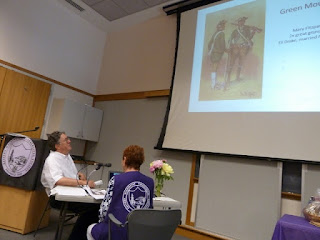 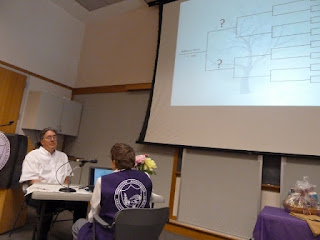 To finish the presentation, and because Paul is the Grand Poobah of the Marmot Lodge here in Spokane, Donna gave the Marmot Genealogy and presented Paul with a stuffed marmot of his very own. 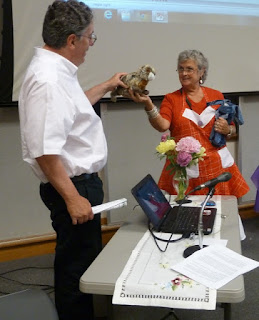